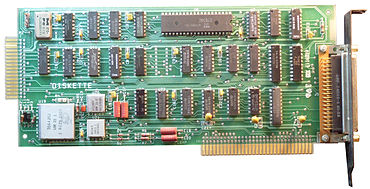 This bit is set only during the execution phase in non-DMA mode. Transition to “0” state indicates execution phase has ended. Indicates Data Register is ready to send or receive conttroller to or from the processor. Both bits DIO and RQM should be used to perform the handshaking functions of “ready” and “direction” to the processor. Must be enabled for all operations, both Read and Write. After completion of the operation, status and other housekeeping information are made available to the processor. When N is defined as 00, DTL stands for the data conyroller which users are going to read out or write into the sector. HUT stands for the head unload time after a read or write operation has occured 16 to ms in 16ms increments.

This information is available during the result phase after command execution. ST may be read only after a command has been executed and contain information relevant to that particular command.

During execution, the SCAN Command, if the condition of the “equal” is satisfied, then this flag is set.